How Chuck Norris Is Leading The Way With Kickstart Kids

How Chuck Norris Is Leading The Way With Kickstart Kids

Most people know Chuck Norris as a tough guy actor and martial artist. But what you may not know is that he's also a passionate advocate for children's education. Norris founded Kickstart Kids in 1990 to teach character through karate to middle and high school students. The program has been hugely successful, and now it's expanding nationwide. The program teaches kids self-discipline and how to be leaders in their schools through martial arts. The skills they learn accomplish that and it helps them when they don't have someone to protect them at school. Every student who participates in the program receives a championship gold medal, a backpack filled with school supplies, and an Adidas uniform after completing the eight-level course of training called "The Kickstart Kids Challenge."

Martial arts also encourages young people to be more active, and studies show that children who practice martial arts become healthier than those who don't. Chuck Norris said that research shows "students who practice martial arts are more likely to perform better in school, have higher self-esteem, lower rates of drug use, less violence and less fighting." This program is meant to build up young people and get them ready for the future. "They're learning how to make good decisions," Norris said. Kickstart Kids has been operating in Texas since 1997 and they recently gave a grant to help teach children in Chicago. The organization will also be opening programs in Detroit, New Orleans, and other cities that need it too. It's estimated that about 20,000 students will benefit from the free program this year alone.

Kickstart Kids will host their Road To State Tournament Series this spring. Starting at Woodcreek Middle School in Houston, Texas on Saturday, February 19, 2022. The tournament is based on Chuck Norris' philosophy that martial arts can rejuvenate lives and empower youth through fitness, leadership skills, discipline, and goal-setting. The participants will perform a series of self-defense, combat drills, and sparring. If anyone wants to donate ticket money or school supplies they can do so at the organization's website. This tournament would not be possible without the help of Norris' organization, Kickstart Kids, which has already helped more than 1 million students. This is just another way that he is giving back to the community.

Kickstart Kids has not only benefitted the kids participating, but also the schools that host the program. The Safe School Awards were created to recognize the work of dedicated and committed individuals, organizations, and businesses who have made a significant contribution towards achieving the goal of building safer schools and communities. Kickstart Kids received the Safe School Awards by Crime Stoppers of Houston in 2015 and the North Texas Crime Commission in 2016. They have received this award as recognition of the positive impact their program has had to create safer schools and communities across Texas. 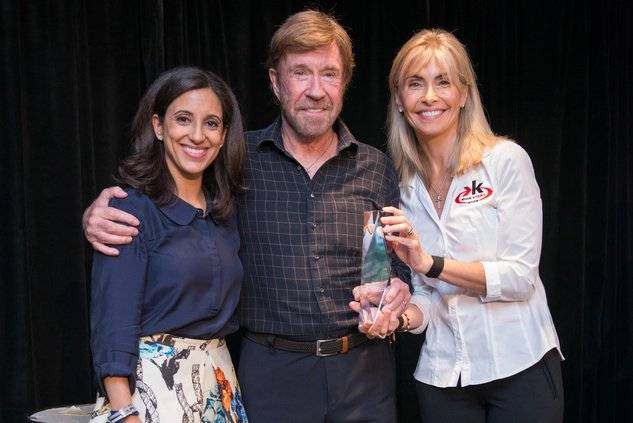 Comments will be approved before showing up.

The Three Most Common Necktie Knots